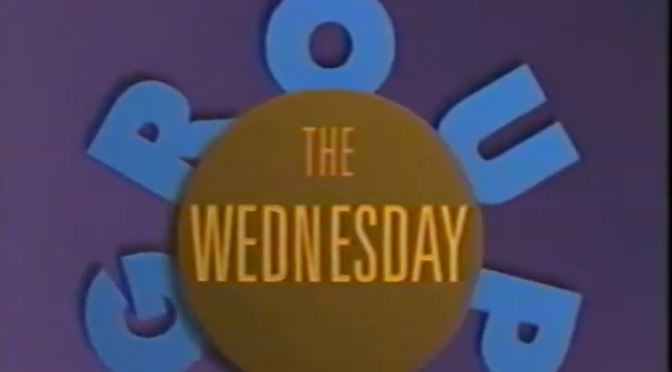 If you were a kid in the 1990s and was either channel surfing or happened to see this program after The Newshour, you actually weren’t seeing things. This was the show that succeeded The Ten O Clock News on WGBH-TV Channel 2. I am not sure specifically when The Group went on air, but this was the show that covered local affairs until a lady named Emily Rooney came along by 1997. Other than Say Brother, WGBH was relying entirely on their national programming as their identity. Nearly four years later, the station would rebrand to ‘GBH (albeit on the air) then more hell would break loose from the outside looking in.

The program was blaintely recession-era production value. Hell they didn’t even change the font package on the Chyron Scribe, it was the same title package from TOCN if you look closely enough.

Apparently Marcus Jones was able to apply as a producer for this show, according to that spring comment on YouTube, but this program had much less people behind the scenes. There wasn’t much need to do a lot of producing if there was no host. I am unsure if WGBH had gotten robotic cameras (at least on the head for Pan Tilting and Zooming.) I remember albeit vaguely another set that looked like they were in Studio A, the big one, where I thought they literally taping a nightly program on backstage. I vaguely remember the WGBH logo was on some signage, and I could’ve remembered large bins and other weird props or BTS type of storage equipment.

Obviously if The Group  was so successful, there would be loads of videos on YouTube, but there’s not. The show had that much impact in the market. That show was far from a dooszy…  I kid. They needed Emily Rooney and her crew more than she needed them.

That should tell you right there how desperate the station was at that point. Again this went right into ’97.

There was a reason why I was really skeptical about the reboot of the ‘GBH branding. They are one program away from being from where they were on June 1st, 1991 if the management continues. 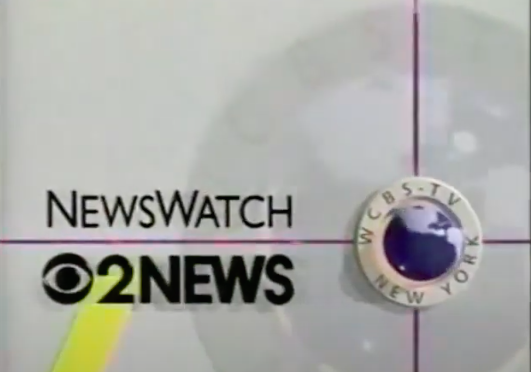 Channel 2 News in New York would run the twice hourly NewsWatch. I believe it was taped after a newscast (if it was after Noon and 6:00 pm) and newsroom shots were taped, and would run during soaps and gameshows.

During that time, that short-lived animation and theme package only lasted from at least May 1992 to February 1993. The graphics package itself dates as far back as the summer of 1991.

I like it because it looked very modern, mixing the 1980s logo of Channel 2 News with a 90s flair, pushing the competition to get into the more desktop computer graphics, and not the 8 or 16-bit crap the other guys were using.

Did you know that 2020 has the same date pattern as 1992? So exactly 28 years ago last Thursday, November 26th, this newscast from WCBS-TV in New York aired.

It is believed that WCBS-TV also was the first New York City TV station to install a Chyron iNFiNiT! Character Generator, that dates as far back as the summer of 1991; nixing the 6+ years of using the Chyron IV on Channel 2 News. What’s so “infinite” you ask? It’s very apparent WCBS-TV designed the bugs and banners with the in-system graphics creator. Fine for 1991/92, but it doesn’t give you enough graphics power. As the 90s went on; you’ll see a lot of graphics you could design on a Mac or Windows. This new Chyron came out after the 1989 NAB show; and had a lot of elements of a PC. In fact it was one Chyron’s first CGs that could hook up in an IP network, handle more modern day graphics pushing them out from TFTP. In the case of Channel 2, the iNFiNiT! was used as late as 2007 (all those blue colored graphics, was really done on this same graphics engine.

I thought their use of the iNFiNiT! was really ahead of it’s time. Mix the 7 year old Channel “2 News” logo , it joined the 1990s with a lot of modern look if you asked me.

Competing stations however used that same ol 8 bit Chyron IV up till early 1993 or in the case of WABC-TV well into the mid 1990s, around the time Disney came a-knockin.

But on the other hand, Chyron would stop the live of the infitite engine in 2006, but stations like WMAQ in Chicago was still putting up name bars as late as 2012! How did that not pass the NBC brass for upgrades? (Actually the iNFiNiT! could to 16:9 but it wouldn’t be digital HD…)