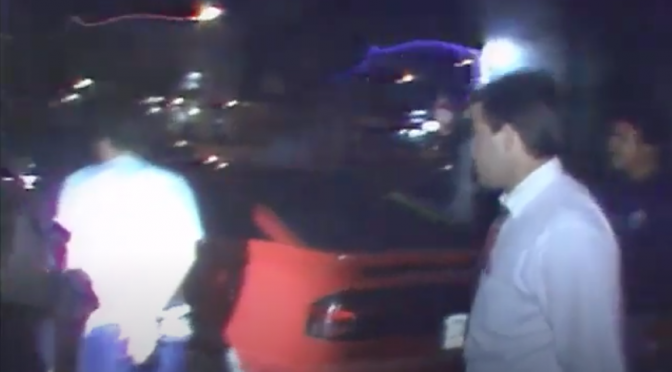 In 1989, WSVN in Miami produced a series called TV News following the journalists at Channel 7 News down there. It’s unclear if this program was seen nationally, or had been syndicated as a mini series.

This episode featured once Miami and cable news legend Rick Sanchez going really aggressive to people being arrested by “Metro-Dade Police” and the subject is bit kinky. A few years later, the county was renamed “Miami-Dade”.

The featured snap caught my attention, on the Betacam’s shutter speed, it’s unusual for lights to look that psychedelic; most of the shots were done in low light conditions.

I also wonder why WSVN was using a lot of film for promos. In the open to TV News, you see a lot of 8mm type of shots, that I assume was captured through some monitor, because the same shots were “filmed” were also recorded on video, because another episode on this same YouTuber features the videography. Those same 8mm shots I am referring to were also used in promos around that same time in 1989 to 1990.

I have a Facebook-friend who once worked at WSVN… perhaps I could get an answer to that oddity.

In the late 1980s, Killer Tracks composed a very weak news theme called Real News. But I suspect the theme package was updated for WSVN in Miami; since it had a lot of raw, in your face tone. 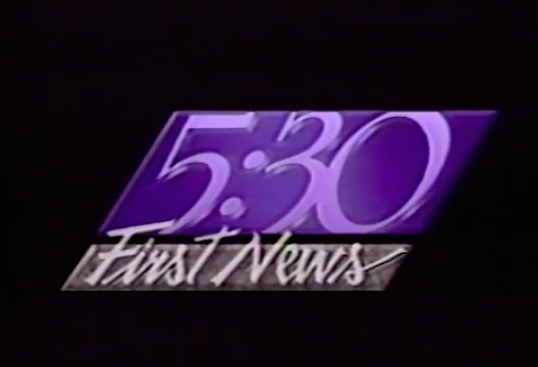 WRAL-TV was and is an institution in Triangle region of Raleigh, Fayetteville and Durham. You have to thank them for DTV and 4K HD; as they were the first. And still a local enterprise.

This open in 1989 is a low key, but has a nice effect to it. It shows the working people coming home from a long day of work, with the WRAL-TV staffers working harder to put on the broadcast. You see a kid jump onto a bus, while a crew is getting off an SNG truck (big for 1989); while someone puts some food a kitchen microwave, someone is editing a tape; and while someone is prepping the kitchen table, anchor Donna Gregory is overwhelmed with a stack of Betacams. Was an interesting idea. Their other daypart opens were lousy CGI – even for 1989 standards.

But don’t write them off the 1990s kicked butt. And 615 Music’s In-Sink was named after WRAL-TV’s Cindy Sink, their CSD at the time of composing. To this day WRAL’s overall look from that same time has remained, and In-Sink got a recent update when the station went to full 4K HD the fall of 2019.